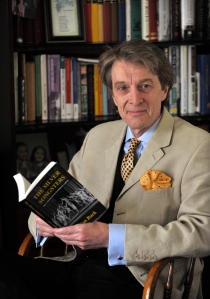 Julian Ruck is the editor of LFW.

He is a novelist, broadcaster, columnist, political journalist/commentator and guest public speaker; he has also been a regular contributor for Westminster’s influential Labour Uncut, and has written for the nationals and Institute of Welsh Affairs.

He presently writes for Wales’ biggest selling national newspaper and two others.

Julian trained as a lawyer in London, did a brief stint lecturing law and eventually ended up managing Legal Aid contracts for CAB’x in some of the most deprived areas of the country.

He is the author of six novels. His latest novel,  A JUDGE AND NOTHING BUT is a political thriller to be published September 30th 2015.

Julian is a member of the Society of Authors and National Union of Journalists and is neither affiliated to nor a member of, any political party or organisation.